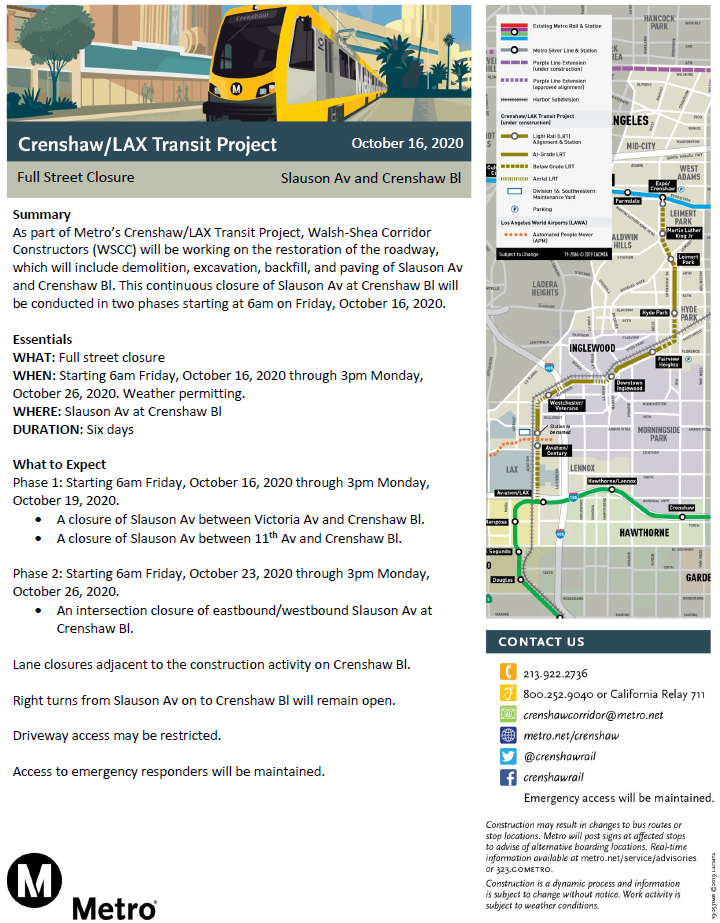 This is a reminder of another phase of the upcoming street restoration work activity on Slauson Av at the intersection of Crenshaw Bl. Just like the previous phases, there will be restrictions of cross and through traffic on Slauson Av across Crenshaw Bl starting Friday morning of this week and lasting throughout the entire weekend until Monday afternoon. Traffic detours are listed below. 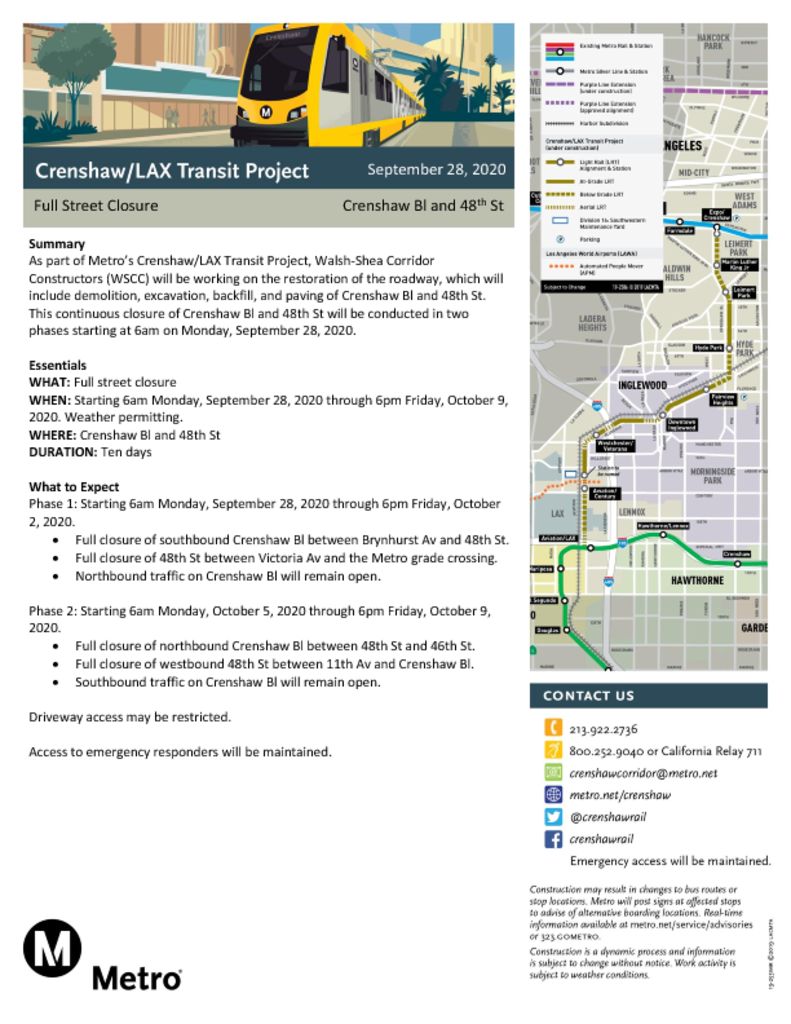 As part of the Crenshaw/LAX Transit Project, Metro’s contractor, Walsh-Shea Corridor Constructors (WSCC) will be working on the restoration of Crenshaw Bl. This will include grinding of the existing roadway, placement of new asphalt paving, and final striping of traffic lanes. Daily closures of northbound and southbound lanes on Crenshaw Bl, along with eastbound and westbound intersection closures will be implemented to facilitate these improvements. The road will be reopened to vehicular traffic and parking daily after work hours. 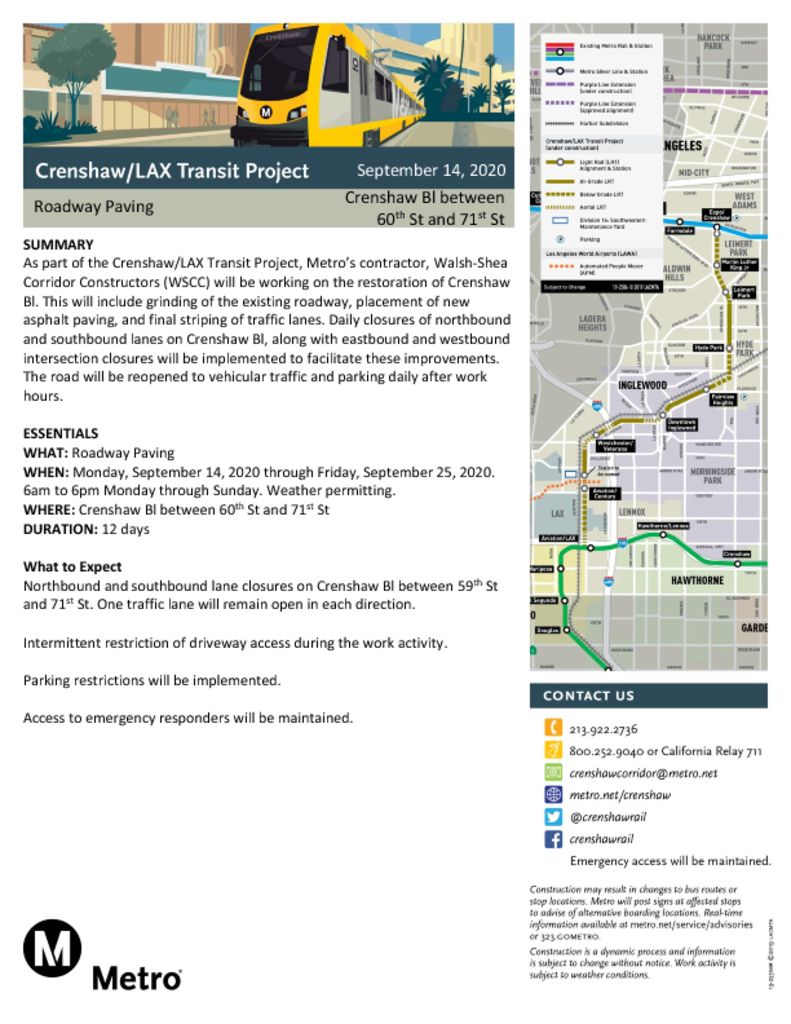 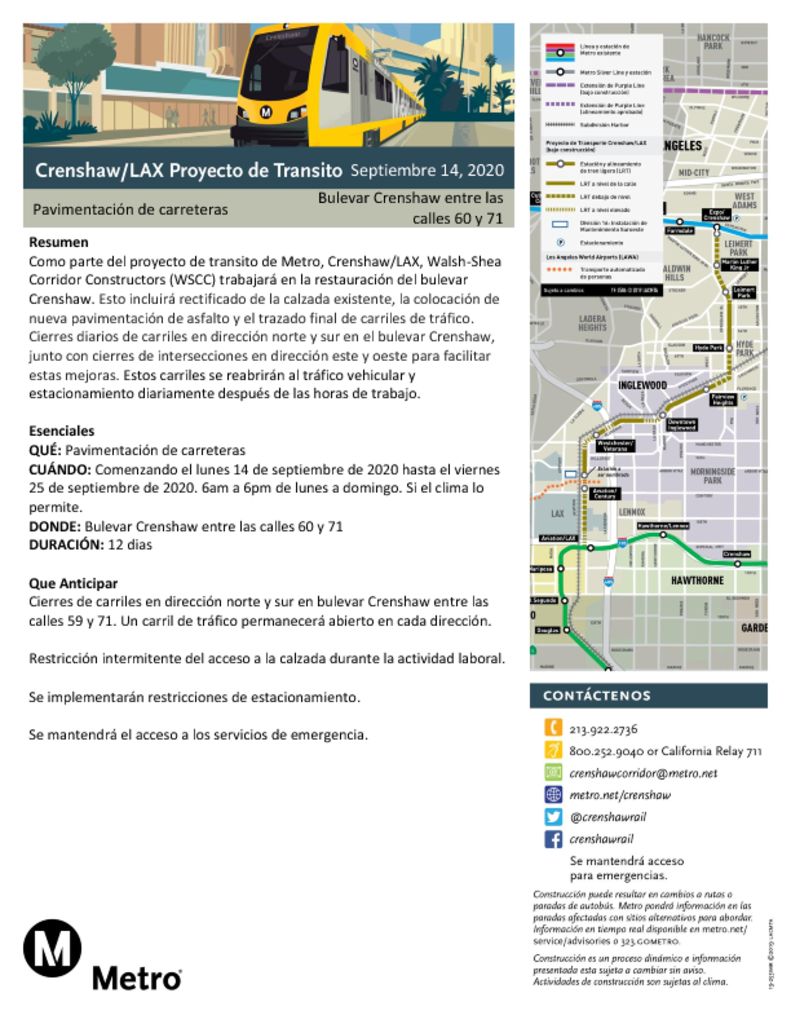