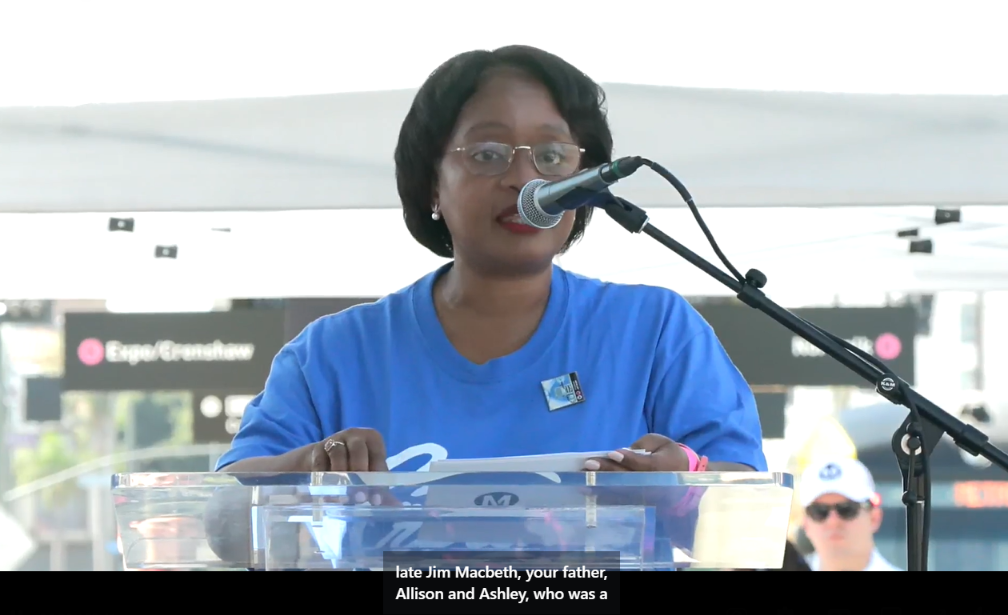 Metro CEO Stephanie Wiggins commenting about the input from the community, in particular that of Jim MacBeth who advocated for the community.

Metro dedicated the Hyde Park station on August 6 for the soon to be open station.

At the dedication were Park Mesa Heights Community Council President KimMarie Johnson-Roussell and Vice President Alison McBeth-Featherstone. “We appreciate the opportunities that this station will provide for our community to use public transportation to easily access schools, work, events and connections throughout the city,” said Johnson-Roussell.

Metro’s Crenshaw/LAX Transit Project represents Metro’s largest investment in the South Los Angeles region since the construction of the Metro A Line (Blue) and C Line (Green) more than 20 years ago. The Crenshaw/LAX Transit Project will extend light rail from the existing Metro E Line (Expo) at Crenshaw and Exposition Boulevards to the Metro C Line. While the rail line includes eight new stations, only seven will open in the fall 2022. The train will travel 8.5 miles and will serve the cities of Los Angeles, Inglewood and El Segundo and portions of unincorporated Los Angeles County. Construction began in 2013 with widespread community support. Riders will have easier connections within the Metro Rail system, municipal bus lines, and other regional transportation services.

If you missed the dedication, you can catch it on the Facebook Video