End of Single Family Zoning Runs Out of Time

End of Single Family Zoning Runs Out of Time 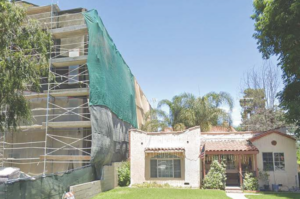 The end of single family zoning is near even though SB 1120 did not make it through the legislative process in time on August 31, 2020. According to the LA Times, the bill which would allow for duplexes on single family lots, was approved by the Assembly three minutes before midnight and still needed to be approved by the Senate due to changes the Assembly had made. The Senate had three minutes. However, last time the Senate approved it unanimously.

SB 1120 replaced SB 50 which would have allowed fourplexes on most single family lots.

Assemblywoman Sydney Kamlager-Dove (D-Los Angeles), who represents us and parts of South L.A., came out strongly in opposition.

“I don’t think we should be asking for an invasion by developers into communities across the state, because we are too lazy quite frankly to have more meaningful conversations about how we are protecting communities and finding ways to build housing that people truly can afford.”

We can expect to see another version of this bill next year.